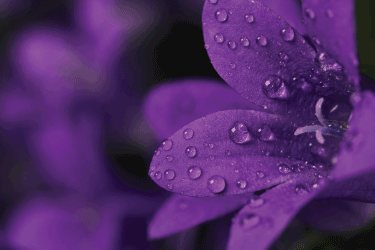 Cortes Law Firm Oklahoma City Estate Planning Attorney –  The news of the unexpected death of music legend Prince, age 57, shocked the world and touched off stirring tributes from the likes of Bruce Springsteen, Elton John, the Harlem Gospel Choir and the cast of Saturday Night Live. Prince left a profound, indelible mark as an artist – when asked what it was like to be the greatest guitar player alive, for instance, Eric Clapton famously responded: “I don’t know. Ask Prince.” Tragically, though, for all his talent, Prince made a simple error that is creating huge complications for his family.

According to paperwork filed with the Carver County, Minnesota courts by Prince’s sister, Tyka Nelson, Prince died intestate. That means he left no will or other document to guide the disposition of his estate. In April 2016, the court assigned a special administrator to manage his estate’s assets until a probate hearing can be held to appoint a personal representative.

Per Minnesota law, his estimated $300 million in assets – which include a large home and a music catalog rumored to contain valuable unreleased songs – must be distributed between his siblings. That may sound like a simple, mundane task, but it’s anything but. And the drama has already started. Reuters recently reported that several relatives have emerged from the woodwork to stake a claim to this fortune, including Carlin Q. Williams, who “asserts he was sired by Prince during a tryst his mother had with the singer in a Kansas City hotel room in 1976.”

What Happens If, Like Prince, You Die Without a Will?

When a person dies intestate, state law determines how the estate is handled. Unsurprisingly, these rules can lead to outcomes that deviate dramatically from the person’s wishes.

For instance, in Minnesota – the location of Prince’s Paisley Park estate, where he passed away on April 21, 2016 – half-siblings and full siblings are treated the same when it comes to inheritance. Tyka Nelson is Prince’s only full sibling; the singer also has five half-siblings.

Would Prince have wanted all six people to receive an equal share of his estate? Would he have left anything to Carlin Q. Williams? Would he have chosen to leave his estate to another person altogether… or to a meaningful charity? Did he just not care what happened to his legacy?

Unfortunately, since he died intestate, we will never get answers to these questions.

A Simple, Inexpensive Solution Was Available All Along

Prince famously toiled over every aspect of his musical art and developed a keen eye and ear for detail. Ironically, he could have prevented his estate’s issues without anything near the amount of effort he put into producing soaring songs like Purple Rain.

Working with an attorney to create an effective will or trust is not complicated. With just a few documents – including, for instance, a trust, healthcare proxy forms, power of attorney designations, and HIPAA release forms – you can eliminate uncertainty and provide for the next generation and your favorite causes.

The costs of probating even a relatively small intestate estate can reach into the five figures, provoke infighting among the people you love dearly, and extend the legal process for months or even years.

If you haven’t established a will or a trust, and you’ve been kicking yourself to get started because of cautionary stories like Prince’s, we can help. Call the Cortes Law Firm today to learn, step by step, exactly what you need to do to ensure your legacy. Cortes Law Firm (405) 213-0856