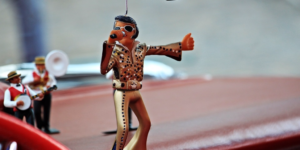 Cortes Law Firm Oklahoma City Estate Planning Attorney – Did you know that the legendary singer and actor, Elvis Presley, earned over a billion dollars throughout his somewhat short career? That’s billion – with a B. However, when the “King of Rock & Roll” died in 1977, his estate’s net worth was only $10 million.

Of that, over 70% went to pay taxes and fees.  So, where did the money go and, more importantly, how can you avoid the same trap?

Where Did The Money Go?

It seems incomprehensible that someone who earned so much ended up with so little.Since Presley’s death, there have been many accusations made about his business manager, “Colonel” Tom Parker,” and his financial manager – Elvis’s own father Vernon.

It was later revealed that Parker was actually an illegal immigrant from Holland, who was born under an entirely different name, never obtained a green card, and refused to let Elvis tour overseas because he couldn’t go with him.

If that weren’t enough, Parker also had a gambling problem and rumors say that he often lost more than $1 million in a night. After the truth came out, Parker’s rights to Elvis’s estate were terminated.

Very little was done to invest profits and a trust was never created to avoid millions of dollars in estate taxes and fees which nearly bankrupted the estate itself. Had he sought the help of advisors, things might have turned out differently.

After Vernon died, Elvis’s only child, Lisa Marie, sold most of Elvis’s trademark rights for over $100 million. Perhaps she should have gotten involved sooner…

Protect Yourself Against Taxes!

Regardless of whether you earn a billion dollars and are known as a “King” or are simply a hard working Joe, do everything you can to protect yourself against taxes. In most situations, that means creating a trust that, if properly funded, will not be subject to probate and some of the taxes that associated with passing assets from one generation to the next.

Make the most of your hard earned income! Call Steve Cortes at the Cortes Law Firm today to find out about estate planning and how it can provide for and protect you and your family for generations to come. 405-561-2737